UIRF II: Building on the Foundations 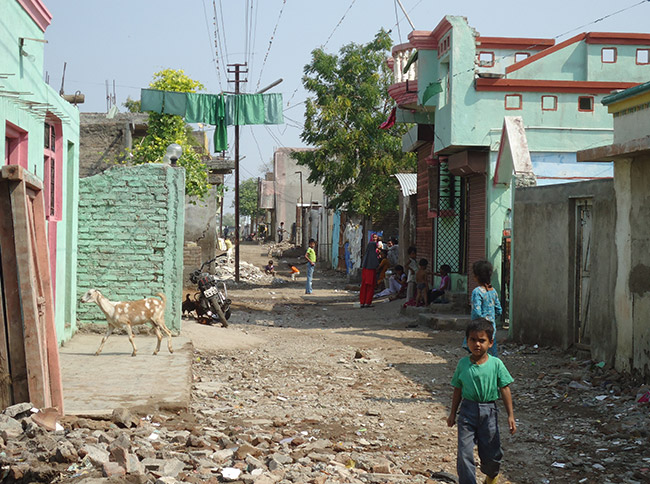 UIRF II: Building on the Foundations

Funded By: The Ford Foundation.

UIRF is a Facility for interdisciplinary research on contemporary issues in small and medium towns in India. It brings together theory, practice and advocacy while promoting values of dignity, equity and justice.

The second phase of the project, ‘Building on the Foundations’ was initiated focussing on particular themes that emerged through the first phase — housing, water, planning and governance. The broad consultative and participative approach of the project was maintained through UIRF II as well. It comprised of four modules.

This module helped to locate the problem of urban housing for the poor within the context of urban land reforms and urban development practices. It also enabled the development of a state-wide agenda around housing delivery and urban land reforms. Issue notes highlighting the size, nature of urbanity, land-market situation, housing issues and planning authorities in charge were published. Data collection was undertaken at two levels: Field visits were conducted in Akola, Sangli and Aurangabad where discussions were organised with key informants to document the housing conditions. These findings were triangulated with official data including reports and reform documents that were collected from the government offices. Moreover, town-level consultations were organised both, before and after the study. The pre-research consultations were organised to identify key housing issues and their significance from the perspective of locals. The post-research consultations helped to share and validate the findings with the stakeholders. One of the most important contributions of the research was the attempt to initiate a state-level platform for deliberation on housing issues in the state of Maharashtra.

Affordable Housing by the State

Gunthewaris in Maharashtra- Perspective and Issues

By Amita Bhide
May 2014
This article discusses a form of informality widely prevalent in small and medium cities in Maharashtra, called gunthewari. It examines the practice of regularisation of these gunthewaris, and its relationship to other domains of urban governance. It argues that regularisation enables the abdication of state responsibility for public housing and planning, while engaging in tokenistic exercises of welfare.

Intentions, Design and Outcomes- Reflections on IHSDP in Maharashtra

By Himanshu Burte
May 2014
This paper examines the implementation of the Integrated Housing and Slum Development Programme (IHSDP) in the smaller cities of Maharashtra. It discusses the reasons behind the poor quantitative and qualitative performance of the IHSDP in the state and examines why the programme has not been a success, either in terms of the completion rate or beneficiary satisfaction. It explores the role of varying contexts across the cities of Akola and Sangli in impacting outcomes.

Maharashtra is a pioneering state in initiating and carrying out comprehensive reforms in the water sector and has become a role model for other states. It has been almost two decades since initiating the restructuring of state institutional structures in the water sector, including the sub-sector of urban water. Restructuring focusses on decentralisation and private sector participation as a major strategy for achieving the policy objectives of financial efficiency and effectiveness. The research work sought to understand the dynamics of designing and implementing PPPs, the bottlenecks and resistance it has encountered on the ground, and its impact on the poor in terms of access to and consumption of water.

This module was divided into two segments:

This component built on earlier understandings of the Community Participation Law (CPL) in Maharashtra, which is one of the important reforms of the JNNURM aiming at furthering decentralised community participation. It organised a workshop on CPL to facilitate discussion across different stakeholders aiming at understanding their positions towards CPL as well as their experiences of working on models of people’s participation at the ward level.

The second aspect of this module focused on lending support to women councillors in the selected towns through a combination of knowledge support, tactical and strategic support and crisis support, especially in cases of violence. This was a project that involved collaboration with Maharashtra Mahila Parishad- a forum that seeks to strengthen the political participation of women. Through interviews and field interventions, this exploratory study emphasised on their opportunities, experiences and challenges in municipal functioning and local politics.

A Marathi language newsletter on governance, Karbarin Shaharachi provided insights into the relevance of certain Government Resolutions, experiences of other councillors and debates and discussions on municipal governance and budgeting. As an information newsletter, three issues were published.

The Planning and Economic Development module was undertaken in three towns (Ratnagiri and Solapur in Maharashtra, and Ambur in Tamil Nadu). It focused on analysing the nature of the planning processes through which infrastructure and services were identified and implemented, and assessed the adequacy and appropriateness of these in relation to livelihood needs and the pattern of local economic development activity.

Based on issues raised by the case studies, policy background notes were documented to draw out policy-related insights and issues for municipal and state officials, activists and citizen groups in Maharashtra and Tamil Nadu. This module involved town-level workshops to validate and disseminate findings and a policy-focused workshop in Mumbai to discuss policy implications for the state of Maharashtra.

Ambur: Despite the celebrated success of Ambur’s shoe and leather industry, the town’s infrastructure and amenities, and its overall quality of life remain poor. The case study and the policy note cull out the multiple disconnects revealed in this town, between the prosperity of the economy as manifested at an aggregate level, and the struggles that the majority of the town’s residents face in achieving a decent economic and environmental standard of living.

Economic Governance and Spatial Planning in Small and Medium Towns: A Case for Convergence

Disjunctures and Disconnects: A case study of Economic Development and Urban Planning in Ambur Town

Solapur: While the powerloom industry in Solapur is vibrant and long established, the economic gains of this industry have not translated into a strong urban local body or better infrastructure for its residents. The case study and the policy note highlight the multiple disconnects that cut across industrial, planning and infrastructure landscapes at both city and state levels that are responsible for high levels of poverty and socio-spatial inequality in the town.

Rethinking planning for industrial development in Smaller Towns – The Appropriate Role for Local and State Governments, The Case of Maharashtra

Ratnagiri: By focusing on the fishing and tourism sectors, the study attempted to highlight the historically generated and socially produced contradictions and contestations experienced in Ratnagiri within the framework of the Maharashtra Town Planning Scheme. Based on these experiences, it calls for a revision and change in the existing scheme where important stakeholders including household owners have been currently excluded.

Background note on fishing in Ratnagiri

ARTICLES PUBLISHED BASED ON PROJECT WORK

Selective Inclusions and Exclusions
Land-Use Planning and Development in Ratnagiri

By Ratoola Kundu, Geetanjoy Sahu
November 2014
Located on the western coast of Maharashtra, Ratnagiri is an important urban settlement in the Konkan region. This article examines the town’s uneven spatial and economic development by focusing on the fishing and tourism sectors, highlighting the historically generated and socially produced contradictions and contestations within and between them.

By Lalitha Kamath and Pranjal Deekshit
May 2014
This paper throws light on the largely informal process of urbanisation in Solapur town, Maharashtra, by focussing on three key governing conjunctures and the trajectories initiated by each. The transformations the town has undergone have been shaped by largely elite mobilisations, industrial and land use planning law and the adjustment of the state to on-ground practice, thus illustrating processes of ‘subaltern urbanisation’. 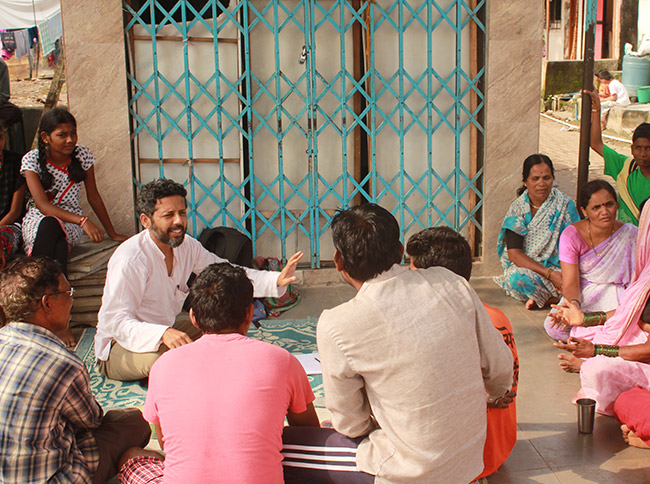 Impact of Infrastructure and Governance Transformations of JNNURM in Small, Medium & Large Cities 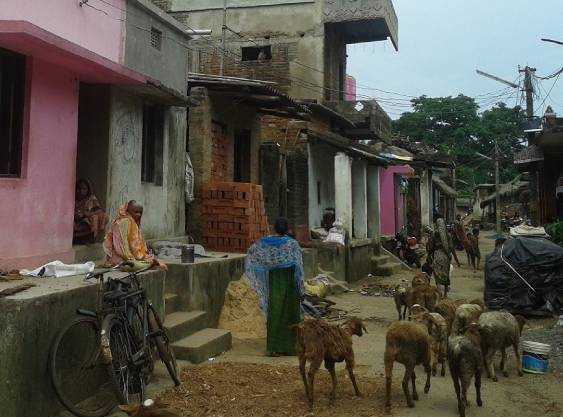 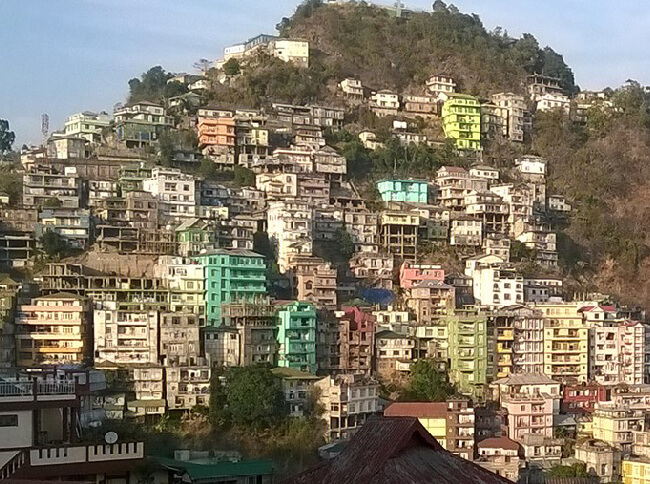